A Recipe for Gentrification 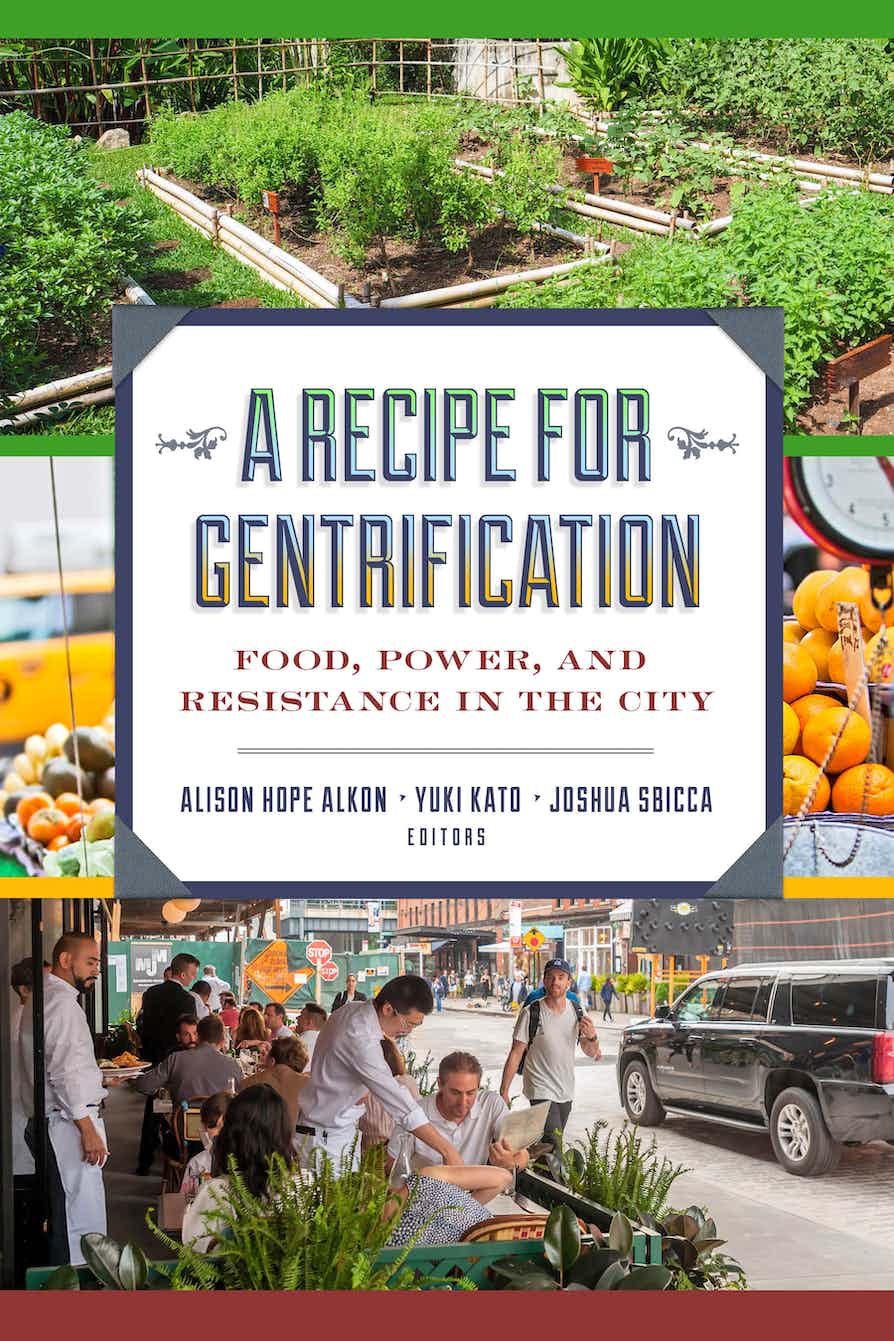 You can order A Recipe for Gentrification from New York University Press.

From hipster coffee shops to upscale restaurants, a bustling local food scene is perhaps the most commonly recognized harbinger of gentrification. A Recipe for Gentrification explores this widespread phenomenon, showing the ways in which food and gentrification are deeply—and, at times, controversially—intertwined.

Contributors provide an inside look at gentrification in different cities, from major hubs like New York and Los Angeles to smaller cities like Cleveland and Durham. They examine a wide range of food enterprises—including grocery stores, restaurants, community gardens, and farmers’ markets—to provide up-to-date perspectives on why gentrification takes place, and how communities use food to push back against displacement.

Ultimately, they unpack the consequences for vulnerable people and neighborhoods. A Recipe for Gentrification highlights how the everyday practices of growing, purchasing and eating food reflect the rapid—and contentious—changes taking place in American cities in the twenty-first century.

These valuable studies show how food has become the cultural frontier of urban change. From urban farms to farmers’ markets, interactions between food and place empower gentrification but also enable resistance to it. Alerting us to the slippery slope from appropriation to dispossession, the authors make the crucial point that the city’s authenticity depends on diversity more than on good taste. —Sharon Zukin, author, Naked City: The Death and Life of Authentic Urban Places

In a short time, food—what we consume and how we consume it, how it’s made, where it comes from and how it gets transported—has gone from a frivolous topic for social science research to a significant one. Urban scholars have been paying attention. By looking at actual city spaces, this volume tackles the important issue of the link between food and where we live. Specifically, these chapters address how the ways that food gets made, purchased, and eaten are intertwined with processes of gentrification, giving us a new lens for understanding this complicated form of urban change. Displacement, inequality, community conflict, development policy, and resistance, among many other critical issues, receive insightful analyses from researchers studying an array of food-related activities in several North American cities. Food’s implications in and for gentrification is a focus whose time has come, and luckily we now have this volume to start the conversation. —Richard E. Ocejo, author of Masters of Craft: Old Jobs in the New Urban Economy

This edited volume, focused on the interplay of food, place, and urban gentrification, offers an extensive mix of rich sociological and food-activist discourse that could potentially spark lively discussion in both urban studies and urban planning courses. —CHOICE